My heart has always broken for the un-familied. I always knew there would be a child for me who didn’t grow underneath my heart, but rather inside it. In 2011 we began the mountains of paperwork to find and bring Lovebug home to her forever family. We aren’t just following a trend in the Christian community, and we know that we aren’t “saviors” or superheroes. We are just broken people who feel a calling and want to obey. We know adoption is born from loss and yet we serve a God who brings beauty from the ashes. We understand that there are tough days ahead, and we are sure we cannot do this without the grace and kindness of our Almighty God, and the love and support of our family and friends. 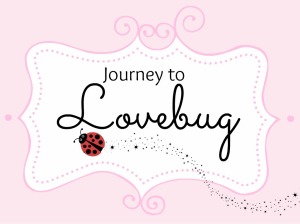 February 4, 2011: Decide to start praying and seeking counsel about an adoption of a girl to complete our family

August 6, 2011: Start inquiring about a waiting child, A, we saw on Reece’s Rainbow

December 9, 2011: Another family is adopting A, back to researching and praying

January 5, 2012: Meet with the agency we hope to work with; have fingerprints done and order vital records while we’re in the US for Christmas vacation

February 9, 2012: Move into new house, we are now ready to schedule the home study!

May 2012: working on Education credits for Hague country adoption, gathering last few things for home study to be completed

August 17, 2012: Home study finally complete and being mailed to us! (Everything is taking longer since we live overseas!!!!)

Fall 2012: inquire about two waiting children, B and T, from rainbowkids.com (consult with doctors specializing in international adoption, check into medical services offered in Turkey, etc), prayerfully & tearfully decide not to pursue them (B was chosen by another family, and T has since also been found by her family)

February 21, 2013: Found out H was referred to another family

August 15, 2013: Saw P on Rainbow Kids website, and inquired about her

September 11, 2013: Lovebug is born in a small town in eastern Europe

October 3, 2013: although our application went further than our previous ones, we were not chosen as P’s family

January-March 2014: watching the waiting child list. Inquired about a few girls, but they were either already matched, or they had needs beyond what we feel equipped to handle while living overseas.

March 2014: requested a match with a little girl and it didn’t work out for us to be her family

March 19, 2014: flew to capital to have fingerprints done at embassy for I-800A update & mailed to the States

Summer 2014: Consider waiting children, “Carly” and “Vanessa”, who was sent to us by our agency

October 2014: Lovebug leaves the orphanage and joins a foster family

December 2014: Consider waiting child, “Chloe”, and offer to apply for her. Don’t hear back from agency.

December 17, 2014: See “Matilda” on our agency’s website. Research her needs, decide to apply to adopt her.

May 14, 2015: fly to Ankara for updated fingerprints for USCIS clearance

June 1, 2015: After so many frustrating delays, we get written and final approval on our referral! We can travel to met Lovebug!

August 28, 2015: appointment in US Embassy in Bulgaria

One thought on “Journey to Lovebug”